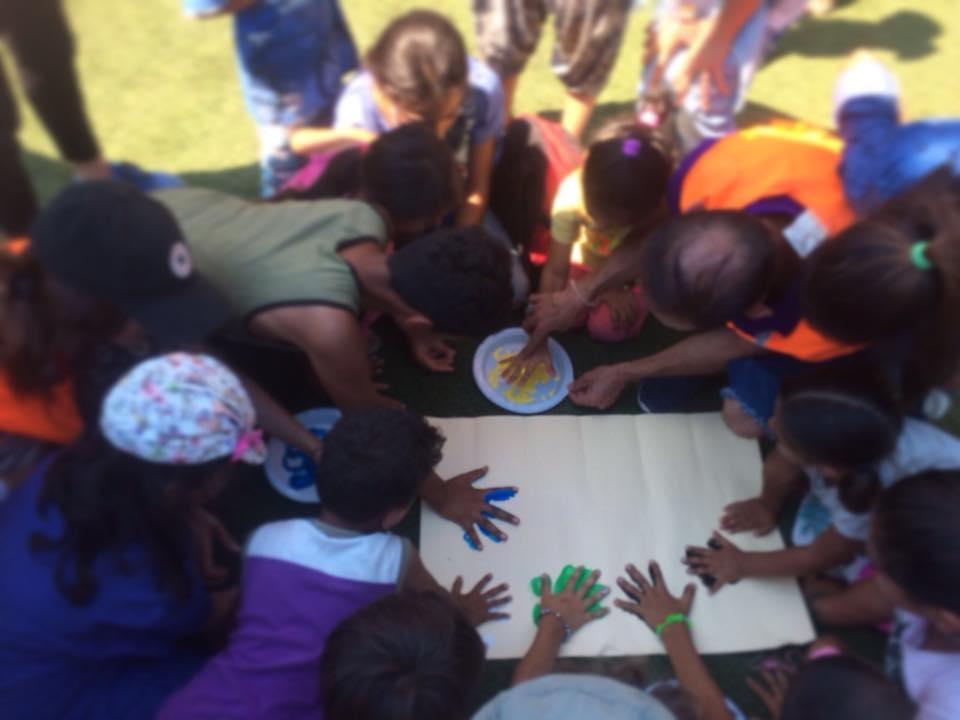 “Play energizes and enlivens us. It eases our burdens. It renews our natural sense of optimism and opens us up to new possibilities.”
Stuart Brown 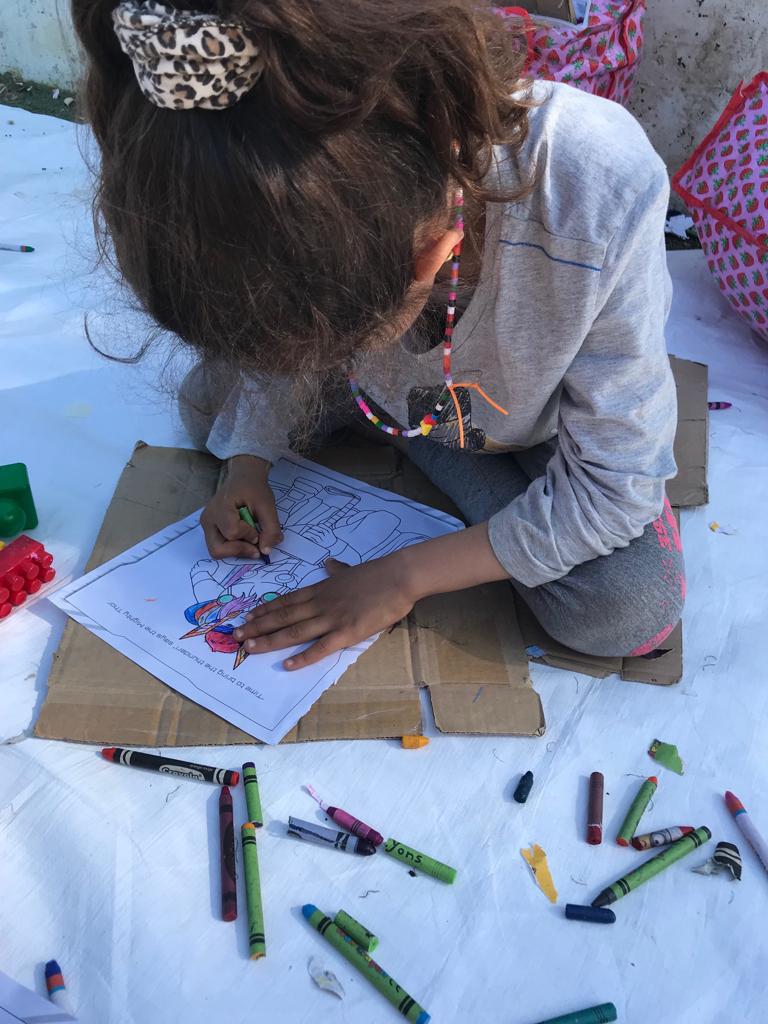 Vial used to be home to more than 1000 children, making up 30% of the refugee camp’s population.

The importance of facilitating play for them is not to be underestimated. For many, the innocence of childhood was unfortunately taken at a young age. Children in the camp have been exposed to trauma in their own countries and during the long journey to reach Greece. Living in Vial means unpredictable and inconsistent access to school, food, friends, family and – very importantly – fun. In response to this, CESRT/OA ran Vial Games four times a week, with the aim of bringing energy and enthusiasm to these children and their parents – providing moments of escapism to the difficulty of their daily reality.

We often first encountered children at the landings, so when we saw them later outside the camp they were excited to see a familiar face within a happy environment. The Games brought structure to their often chaotic lives and this helped them to feel safe and calm. The core mission of Vial Games was the provision of a dependable safe space – where children were encouraged to develop friendships, practice teamwork and expand their capacity to trust and communicate openly.

Playing has a positive effect on a child’s brain and is vital to their physical, cognitive and social development. With this in mind, this project was carefully structured to enable the children to gain a sense of familiarity with the program and using routine to bridge the inevitable language gap. We were supported by adult residents from the camp who spoke various languages and helped with the activities. Additionally, we created a space where parents could relax and feel empowered to play with their children and have fun together.

The interactive songs we sang at Vial Games helped integrate newcomers into the group. Within the camp, communities are often segregated by nationality; Games allowed us to reverse some of the social hostilities that existed between different groups. We also provided an opportunity for the older kids to play football – so everyone could have the chance to let out some energy in a constructive way. Each session ended with a water break, allowing us to ensure that the children of the camp stayed hydrated – when access to clean water in the camp can be limited.

Vial Games also provides an opportunity for volunteers to connect directly with the people we aim to help. Many volunteers find that these first-hand, energy-fuelled experiences help to re-energize them, putting our other projects in context and creating lasting memories. 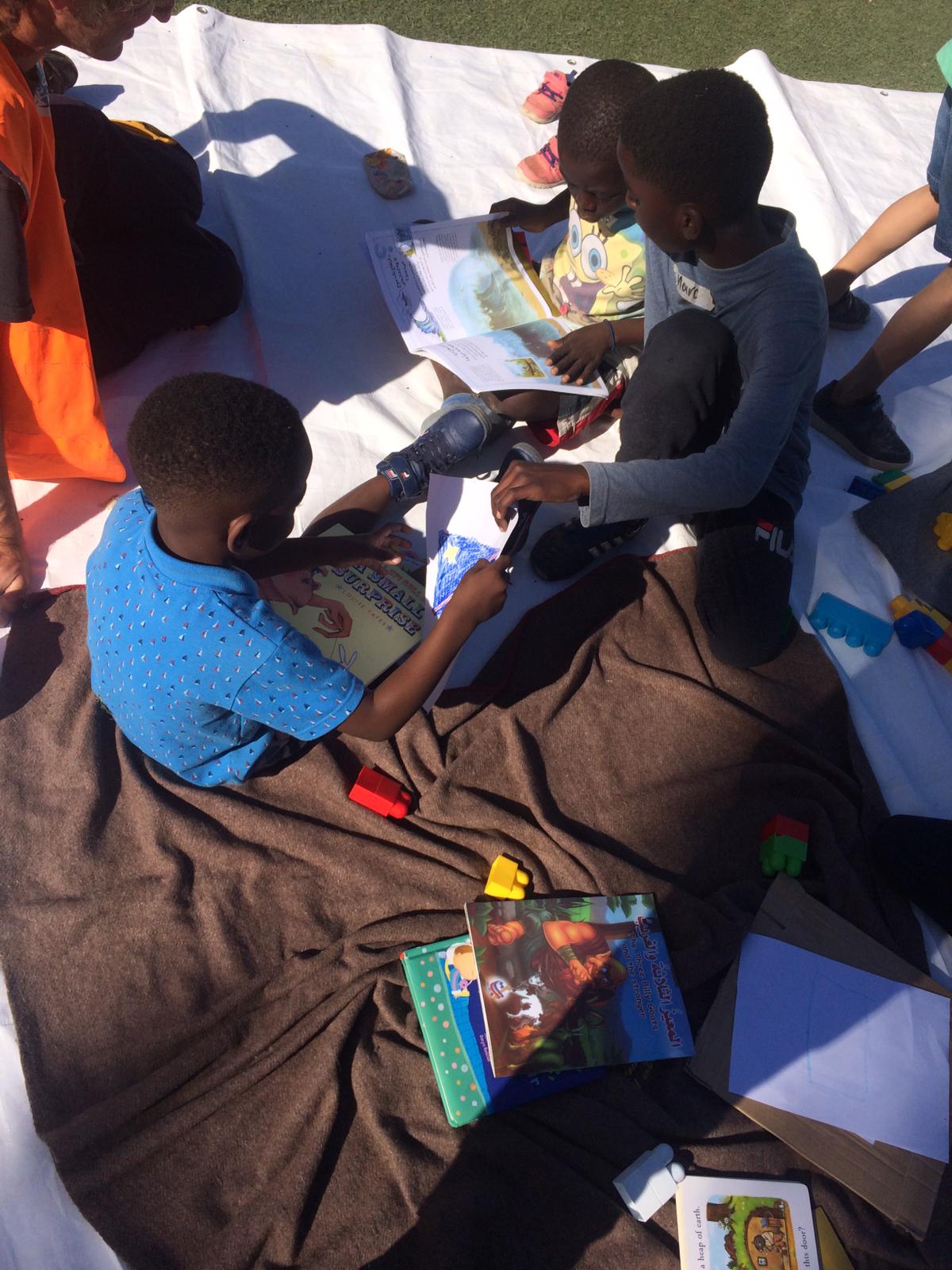